Center for Critical and Qualitative Studies

The study report was launched in Dhaka on the 2nd of August. The study findings indicate that the media should adopt a more humane stance and abstain from even the faintest indication of victim-blaming or stereotyping in order to preserve a sustainable refugee-host ecology.

The study was led by Prof. Dr. Sumon Rahman, the Director of the Center for Critical and Qualitative Studies (CQS) of the University of Liberal Arts in Bangladesh (ULAB), alongside Nasrin Jabin, Apon Das, Rahul Roy, Shuvashish Dip, and Tushar Khan, all members of CQS. During the launch, Professor Dr. Sumon went on to say, “Media framing is an important tool. It helps to understand the opinion of people on a particular issue in the coming future.”

The CQS team examined how the Rohingya crisis in Bangladesh was framed in the media and found trends, insights, and biases. The findings from this study were utilized in developing suggestions for journalists on how to cover these topics.

The launch of the study report was officially inaugurated by Achim Tröster, the German ambassador to Bangladesh. Achim Tröster said, “Germany emphasizes on free, voluntary, and safe repatriation of Rohingyas. In Bangladesh, the general election will be held next year. As journalists write reports not merely on journalistic views, their political views also influence their reports. Political stakeholders will try to influence journalists to report on Rohingya issues through a populist or political lens.” 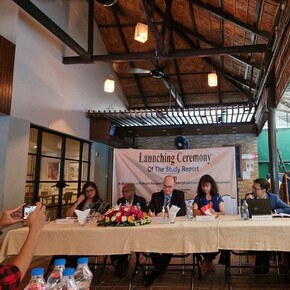 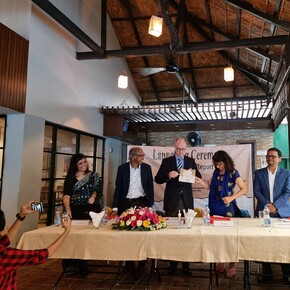 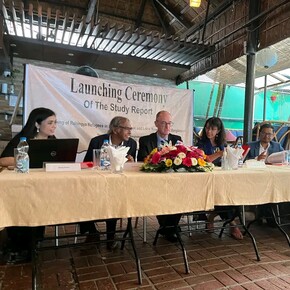